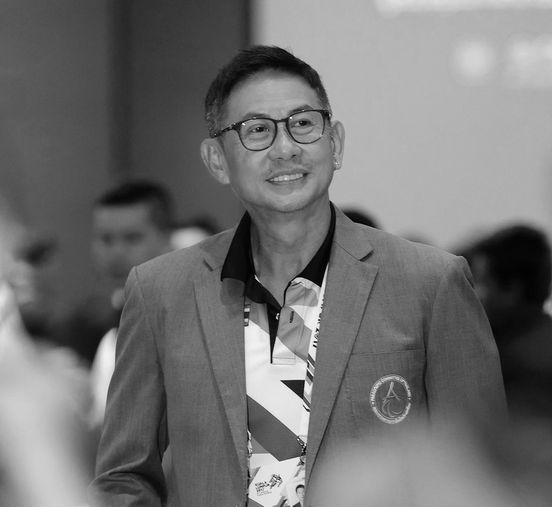 BANGKOK, 14 Sept – THE ASEAN Para Sports Federation (APSF) expresses its deepest sadness and condolence to the family of the NPC Thailand President, Chutinant Bhirombakhdi, 65, who passed away while receiving medical treatment in a hospital in Boston, USA yesterday.

The late Bhirombakhdi is known for his passion and deep interest in developing para sports and athletes in Thailand and has been a loving father figure to Thai para-athletes.

A president since 2009, Bhirombhakdi, fondly known as Nick, was the backbone of the Thailand paralympic movement, dedicating much of his life to bringing honour and raising the standard of Thai para-athletes at international meets and tournaments. This includes pushing hard the equality agenda for para-athletes in Thailand to be accorded the same treatment as able-bodied athletes.

Among  Asia’s para sports powerhouses, Thailand has improved greatly under the helm of Bhirombhakdi and among paralympic powerhouses, regionally and globally.

A highly-educated figure, the late was the Chief Executive Officer and President of Boon Rawd Brewery Company Limited since 2020 as well as Chairman of Singha Estate Public Company Limited.

APSF President Maj Gen Osoth Bhavilai said Bhirombhakdi’s passing was a great loss not only to Thailand’s paralympic community but is greatly felt by the ASEAN paralympic family.

“It is with great sorrow and pain that we learnt about the passing of the late Chutinant, who also happened to be my President in NPC Thailand,” said Maj Gen Bhavilai, who is also the Secretary General of NPC Thailand.

“He is the symbol of success for the para movement in Thailand and has contributed greatly to the development of para-sports, locally and regionally, and is greatly loved by athletes. ASEAN para community will surely miss him sorely,” said Maj Gen Bhavilai.

May his soul rest in peace.